The History of Cell Phones

The History of Cell Phones

Many of the early cell phones were considered to be “car phones,” as they were too large and cumbersome to carry around in a pocket or purse. However, in 1983, the Motorola DynaTAC 8000x arrived on the market. Though huge by today’s standards, it was considered the first truly mobile phone because it was small enough to carry.

The phone, though incredibly expensive, became a pop culture symbol, showing up on everyone from Gordon Gekko in the movie Wall Street, to high school heartbreaker, Zack Morris, in Saved by the Bell.

“You always have the trendsetters who are not afraid of trying new things and then everyone else follows,” says Patricia Grullon, an Industrial Design instructor at The Art Institute of Fort Lauderdale. “These trendsetters are key to make any product popular.”

However, cell phone use hadn’t spread to the general public yet.

“They were primarily used in the sales and business world, but not often for personal use like you see today,” says Kreg Jones, an industrial designer and Industrial Design instructor at The Art Institute of Philadelphia.

Though the DynaTac and subsequent models were smaller, mobile, and ultimately cooler, they still had their faults. Bulky, luggable models like the Nokia Mobira Talkman and the Motorola 2900 Bag Phone had longer battery lives and more talk time, making them more popular at the time. As the technology advanced, cell phone companies figured out how to pack all the features their customers wanted into a smaller, portable, more affordable model.

Early cell phones were just for talking. Gradually, features like voicemail were added, but the main purpose was talk. Eventually, cell phone manufacturers began to realize that they could integrate other technologies into their phone and expand its features. The earliest smartphones let users access email, and use the phone as a fax machine, pager, and address book.

In recent years, the purpose of the cell phone has shifted from a verbal communication tool to a multimedia tool, often adopting the name “mobile device” rather than being called a phone at all. We now use our cell phones more for surfing the web, checking email, snapping photos, and updating our social media status than actually placing calls.

“Rapidly expanding software titles, better screen resolution, and constantly improved interface make cell phones easier to navigate, and more fun to use. Add to that an expanding capacity that can hold as much memory as a computer would just a few years ago, and you can see why it’s an exploding market,” Grullon says.

The cell phones of today are also replacing our other gadgets, such as cameras and video cameras. When cameras were first introduced on phones, the images were low quality and the feature was considered to just be an extra

“Now, we're seeing a very fast shift to where consumers don't even bother carrying their point-and-shoot cameras anymore, and just use their cell phones,” says Jamie Lendino, a tech journalist and senior mobile analyst for PCMag.com

Modern day smartphones — the Apple iPhone in particular — changed everything that consumers expect from their phones. The app market has transformed the phone into a virtual toolbox with a solution for almost every need

It’s not just the technology of the cell phone that has changed over time, the physical design has also gone through a rollercoaster of changes. Original car phones and bag phones were as large as modern day computers and just as heavy.

“Like computers, the cell phone over time has become drastically smaller,” Jones says. He recalls reviewing focus group results while working with Ericsson GE Mobile in the mid-90s. “Customer research showed that the phone was so small that the user interface was unacceptable. Though the phone may have functioned perfectly well, their opinion was partially driven by the perception that the phone was simply too small.”

Just in recent years, cell phone designs have actually started to become larger and simpler, making room for a larger screen and less buttons. Because phones have become mobile media devices, the most desirable aspect is a large, clear, high-definition screen for optimal web viewing. Even the keyboard is being taken away, replaced by a touch screen keyboard that only comes out when you need it. The most obvious example of this is the Apple iPhone and subsequent competitors like the Droid models.

Future of the Cell Phone

The cell phone has changed and developed so rapidly in the past decade that it seems as though almost anything you can imagine is possible for the future. According to Jones, the convergence of all our tech gadgets into one mobile device will continue to advance. He anticipates that “the majority of the hardware and the software can be moved to ‘the cloud’ and the product will mainly be comprised of the input and the display.”

“Within a few more years, I expect regular cell phones to disappear entirely. We may not even call smartphones ‘smart’ anymore and just drop the term altogether, the way we stopped saying ‘color TV’ and ‘hi-fi stereo’,” he says

Grullon believes that cell phones of the future will be adapted to appeal more to our emotional senses.

“I believe in the future, cell phones will become even more naturally in sync with our biological reflexes and processes such as eye movement, thought processes, kinesthetic, cultural preferences,” she says.

It’s not just about how we will change cell phone, Grullon says.

“The question is, how will the cell phone change us?”

Common Device Repair at Your Location 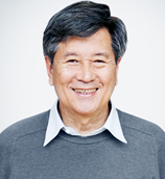 Josh Sevick is a business professional with over 15 years of experience in marketing, finance and strategic planning for both large companies and startup organizations. Josh brings a wealth of executive leadership skills and business experience to his role as CPR’s President. Prior to joining CPR, Josh was the Chief Operating Officer for a healthcare technology company that was voted best new technology at Health 2.0. While finance and analytics are the core of his background, Josh has directed major..

Do you want to repair your mobile phone?

Fixit services gudies to repair phones from all manufacturers and service providers..